How Will Brexit Affect the Big Overseas Experience? 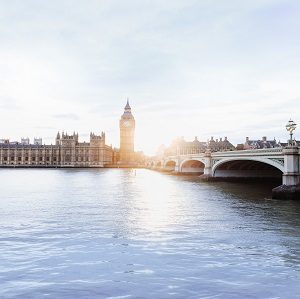 What does Brexit mean for Aussies and Kiwis heading to the UK on their Big OE?

Aussies and Kiwis heading to the United Kingdom for overseas experience aren’t immune to the impact of events such as 9/11, global financial crisis and subsequent recession, and now Brexit. However, the impact is usually less severe and long-term than initial reactions suggest.

The team at Global Career HQ have been helping Aussies and Kiwis find work in the UK since 2000.  We have enjoyed and endured all of the economic ups and downs including 9/11 and the global financial crisis which triggered the great recession.

The initial reaction of UK recruiters to the global financial crisis was the City would collapse, the recruitment industry was finished, the world was about to end … tell Aussies and Kiwis not to head to the UK, they will never get jobs. It’s all over, finished, forever!

Did the world end? Did demand for Australasian professionals evaporate? No.

Since the global financial crisis, Global Career HQ has tracked changes in demand for Australasian professionals in the UK. The result is captured in the above chart.  Demand has steadily increased due to a number of factors including initial overreaction, visa restrictions and a decline in the number of Aussies and Kiwis heading to the UK.

This modern history lesson provides an indication of the likely impact that Brexit will have on Aussies and Kiwis heading to the UK on their Big OE.

Is this the end of the Big OE? No. Should Aussies and Kiwis put off going to the UK? Speaking as someone who endured the IRA terror campaign, started working in the City before the stock market crash in 1987, and started a business in London during the early 1990s recession, I certainly don’t think so.

Brexit is a moment in history, not the end of the world

The UK job market may slow, but it will be business as usual. There may be fewer jobs, but there will also be fewer job seekers. People are more reluctant to change jobs in uncertain times. Different sectors will be affected in different ways. In summary, demand for Aussie and Kiwi professionals will not disappear.

To learn about different UK job sectors from the perspective of Australasian professionals, people should attend one of our webinars or listen to our podcasts.