25,000 Aussies and Kiwis Affected by the UK Health Surcharge 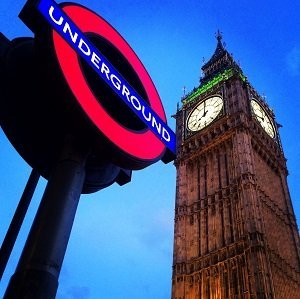 The Big OE is about to get more expensive!

…25,000 Aussies and Kiwis Affected By The UK Health Surcharge.

Young Aussies and Kiwis considering a move to the UK might want to apply for a visa sooner rather than later as the immigration UK health surcharge will soon be doubling.

Health charge for temporary migrants will increase to £400-a-year

An increase in the immigration UK health surcharge, payable by people from outside the EU staying in the UK for more than six months, could take effect as soon as April 2018. Amongst those affected will be more than 25,000 Aussies and Kiwis who travel to the UK each year on either the Tier 5 Youth Mobility visa or a UK Ancestry visa.

The reasons behind changes flagged in the UK media are perfectly understandable and difficult to argue with. However, there will be unintended consequences, not least being increasing barriers for skilled migrations wanting to work in the UK.

Are you an Aussie or Kiwi thinking about working in the UK? These latest changes will most likely accelerate the current decline in the number of Aussies and Kiwis heading to the UK live and work each year.

From a peak of nearly 50,000 UK visas granted to Aussies and Kiwis in 2005, the number had fallen by 43% through to the end of 2016. After a steady decline in numbers through to 2012, followed by a gradual recovery through to 2015, nearly 10% fewer Aussies and Kiwis took up UK visas in 2016. The latest Home Office statistics suggest the decline is continuing with approximately 7% fewer visas granted in the first three quarters of 2017, compared to the same period in the prior year.

The Big OE is still a long way from being dead.

A recent survey showed more than 80% of Aussie and Kiwi professionals in London rate the United Kingdom as a better place to work than home. However, small changes such as this UK healthcare surcharge increase will discourage even more people from taking their skills to the UK.

That’s a shame! Many of the Aussies and Kiwis heading to the UK are highly-regarded, skilled professionals. This includes the health sector professionals that the UK desperately needs.